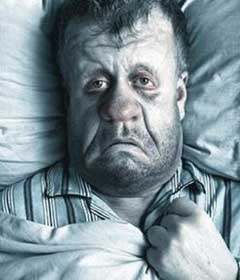 This month I have been unfortunate enough to be struck down buy a nasty flu bug. Having never suffered from it before, it hasn’t been a pleasant experience and I will be the first in line for a flu jab as soon as possible. However, when we are suddenly overtaken by this king of viruses and the tower of medication beside the bed is not bringing relief, can we eat our way out of it?

After a bit of research, I found this great blog post on Mother Nature Network. Dave Grotto, author of “101 Foods That Could Save Your Life,” reveals 10 foods that provide top doses of vitamins and nutrients you need to protect and defend against such illnesses.

Mushrooms used to get overlooked as a health food, but they possess two big weapons you need this flu season: selenium, which helps white blood cells produce cytokines that clear sickness, and beta glucan, an antimicrobial type of fiber, which helps activate “superhero” cells that find and destroy infections.

Strong-smelling foods like garlic can stink out sickness thanks to the phytochemical allicin, an antimicrobial compound. A British study found that people taking allicin supplements suffered 46 percent fewer colds and recovered faster from the ones they did get.

Researchers at Harvard University found that drinking five cups of black tea a day quadrupled the body’s immune defense system after two weeks, probably because of theanine. Tea also contains catechins, including ECGC, which act like a cleanup crew against free radicals.

The digestive tract is one of your biggest immune organs, so keep disease-causing germs out with probiotics and prebiotics, found in naturally fermented foods like yogurt. One serving a day labeled with “live and active cultures” will enhance immune function according to a study from the University of Vienna in Austria.

Nutrition experts agree that dark chocolate deserves a place in healthy diets, and a study published in the British Journal of Nutrition says it can boost your immunity, too. High doses of cocoa support T-helper cells, which increase the immune system’s ability to defend against infection.

Zinc is critical for the immune system — it rallies the troops, or white blood cells, to attack bacteria and viruses like flu or cold. One medium oyster provides nearly all of the zinc you need for a day, while a portion of six gives you over five times the recommended amount.

Heart-healthy almonds provide the immune-boosting antioxidant vitamin E, which can reduce your chance of catching colds and developing respiratory infections according to researchers at Tufts University. You’ll need more than a serving of almonds for your daily dose though, so try fortified cereals, sunflower seeds, turnip greens and wheat germ, too.

Even though vitamin C-rich foods are probably the first thing you think of when you feel a cold taking hold, Grotto says the illness-preventing power of that antioxidant is debatable. That said, some studies show it can reduce the intensity and duration of cold and flu, so it’s worth a try. One cup of strawberries provides 160 percent of your daily needs.